The Ultimate Guide to Corrugadon

Everything You Need to Know About The Legendary Cardboard Holiday

The editors here at Cardboard*Con Magazine have assembled this comprehensive guide to lead you through this year’s holiday season like a pro. Just sit back and keep reading – you might just learn something!

Corrugadon is a 15 day winter festival of cardboard, celebrated around the world by people who appreciate this magnificent material, accidentally founded by Cardboard Captain Drew.

The true origin of Corrugadon is lost in the mists of time, though many fan theories abound. One of the most popular theories posits that Corrugadon was inspired by Boxing Day, since the word “Corrugadon” bears a striking similarity to the words “Corrugated” and “Donations”, like the boxes of gifts that people give to tradespeople after Christmas Day.

As with many other winter holidays, Corrugadon is celebrated over the course of several days. While is generally agreed that “traditional” Corrugadon celebrations begin 15 days from the end of the year, the actual end of Corrugadon remains up for debate.

Some claim that the celebration ends at sunrise on the first day of the new year, while others suggest that it simply “peters out” over the first days and weeks of January, entirely dependent on the commitment by and intoxication of the celebrants. 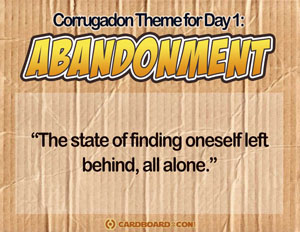 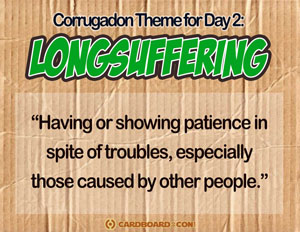 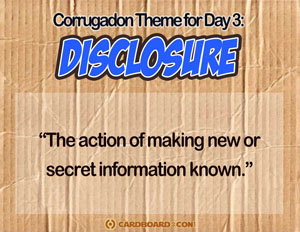 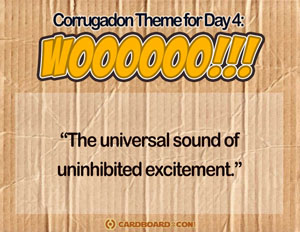 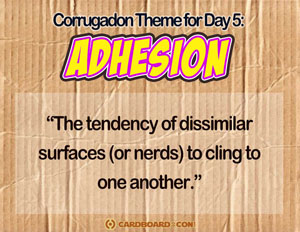 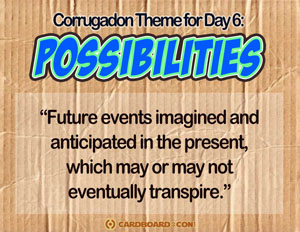 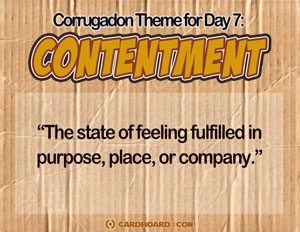 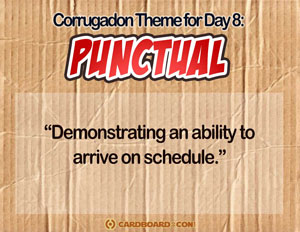 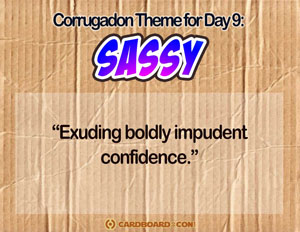 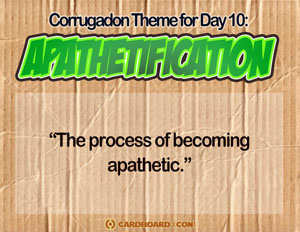 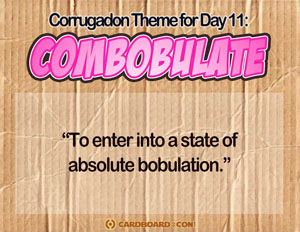 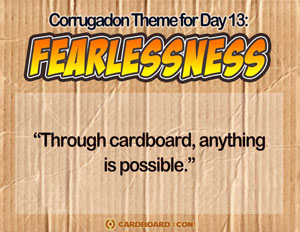 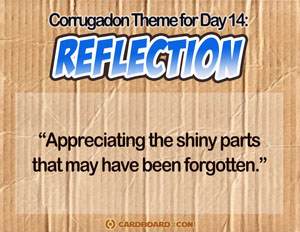 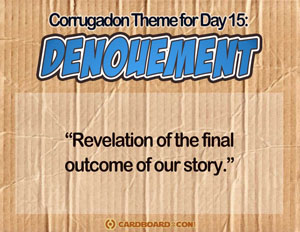 Like any other human celebration, Corrugadon is continuously being festooned with new traditions by its advocates, evolving so rapidly in any one holiday season as to be almost unrecognizable the very next year. Despite the ephemeral nature of these traditions, Corrugadon does have 3 central, unchanging themes:

It should be noted that the Spirit of Corrugadon (an actual alien creature) is embodied in the annual Cardboard*Con Convention. This was an intentional inclusion by its founder, Cardboard Captain Drew, who is a strict Corrugadontist (which has almost nothing to do with teeth).

Corrugadon even has its own hastag! It’s #corrugadon – try it out!

Holiday greetings used by Corrugadon celebrants is almost as varied as the costumes they wear. What’s your favorite?

Even though they are bound to change from year to year, many look back fondly on recurring Corrugadon traditions, like:

Dressing up for Corrugadon is one of the 3 central pillars for Corrugadon faithful. Exactly how you dress up is up to you, unless you are within the first 3 years of Corrugattendance, in which you are obligated to seek spiritual guidance by a more experienced practitioner of the movement. 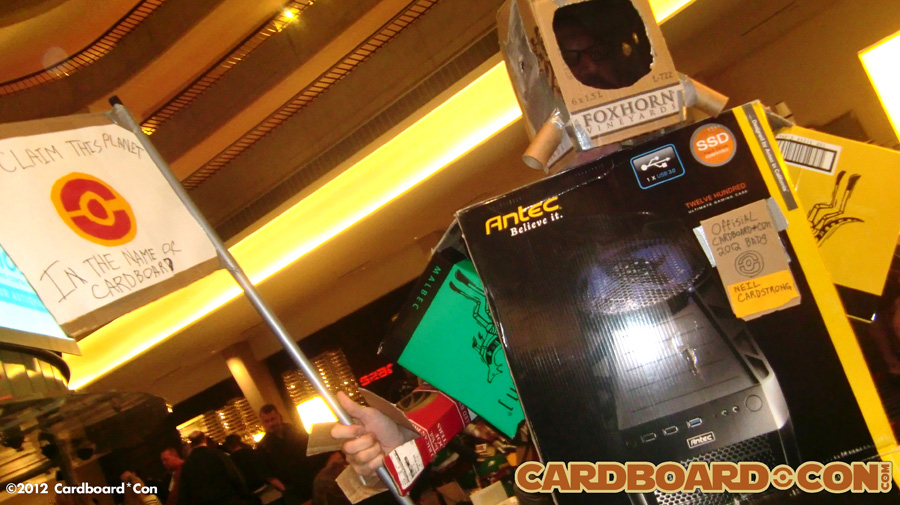 The list below includes just a sample of the most and least popular Corrugadon costumes we’ve seen over the past decade.

In Spanish Harlem Corrugadon is pronounced “Plumetail Fishlark” and is not celebrated because it considered “too silly” by many locals.